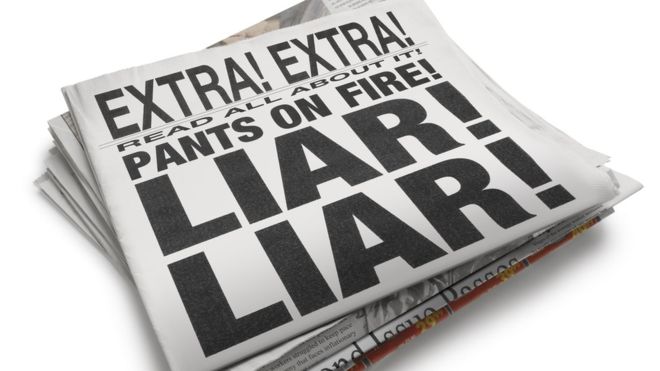 At the risk of plunging into political waters, which I have no intention of doing, I feel compelled to comment on the current plethora of fake news. My amazement is two-fold: at the outraged cry “Fake News!” as well as the actual fake news itself.

Certainly, there have always been news stories that slanted a little (or a lot) too much in one direction or another. “Yellow journalism” began and proliferated in the late 1800s, when Joseph Pulitzer and William Randolph Hearst willingly bent the truth to battle each other selling their newspapers in New York City. Bold headlines screamed false stories, selling street editions and also influencing world events, such as fanning flames that led to the Spanish American War.

I suppose we can say that the term yellow journalism has evolved into today’s term “fake news.” Stories that aren’t completely kosher are not new, but are cropping up not only in expected spots such as TMZ, supermarket tabloids and social media sites, but also finding their way into mainstream newspapers, TV and radio news programs.

The line between news and opinion is increasingly blurry. I like reading news stories that I can feel confident are objective and I like reading opinion pieces to see what commentators think about the issues. But when I can’t tell them apart, that troubles me.

Curious about the current hubbub over “fake news” I checked Google. No less than 193,000 entries popped up, mostly from 2016 and early 2017 – and who knows how many more inches were written that didn’t fit the Google algorithm?

I’m not entirely sure what this means to our society – or to journalism itself – but I am concerned. Increasingly, the average American is wary of news reports, even from the most reputable news sources. A Pew Research Center survey in December showed 88% of Americans believe fake news causes “a great deal” or “some” confusion about current events. It’s no wonder: deliberate fake news sites are proliferating and their lies are picked up, believed (!) and spread virally through social media. But the Internet, and the flood of accompanying social media and online news sites, also cause legitimate news organizations to scramble frantically to be first. Sometimes, the scrambles have unintentionally led to mistakes even by the most reputable news organizations. Sometimes, the mistakes are quite intentional.

I’m concerned about the state of journalism from several vantage points. I’m concerned so many veteran journalists have willingly, or not, left their posts. Print journalism, in particular, continues to slide and news staffs are getting smaller and greener. I’m concerned the White House already is battling the press corps. This can only lead to a more contentious relationship between press and government, additional cries of “fake news” against reports that are legitimate and the further restricting of media access which hinders the public’s “right to know.”

I certainly don’t have any answers, only questions. I’m glad to see some changes coming, such as the Facebook decision to outside fact-check and then label the most egregious “Disputed.”

I certainly welcome your thoughts as this issue is not going away any time soon.