For quantum computing startup founders and CEOs, or researchers considering making the leap, as well as venture capital firms and established tech brands, there is no better global resource to stay abreast of this fascinating industry than the Quantum Computing Report (QCR), the world’s most popular site dedicated to covering the business of quantum computing. 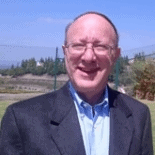 A member of the World Economic Forum’s Global Future Council on Quantum Computing, Doug is an in-demand expert and consultant on quantum computing, providing counsel to investors and companies entering the field.

Doug’s background is impressive, with more than four decades of technology industry experience, including stints at Intel and IBM during pivotal moments in their histories. He had the foresight to see another pivotal technology moment on the horizon and established QCR to serve quantum computing companies and researchers around the world.

For an agency focused on quantum computing PR and marketing communications, QCR is invaluable to us as well. And we are proud to say that Doug is an HKA client.

Through a random series of events that rivals that found in quantum physics, HKA Technology PR director Mike Kilroy was researching emerging technology topics to cover for the agency’s EmergingTechPR blog and came across QCR. He discovered that Doug was located in the same city as HKA’s offices here in Southern California.

Mike met Doug for coffee one day in the spring of 2019. During their chat, Doug patiently explained the basics of quantum computing. While Mike didn’t understand everything, he found it all incredibly fascinating. 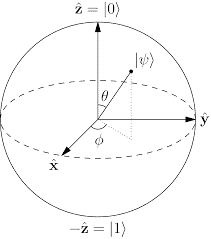 Doug and Mike kept in touch. In the meantime, quantum computing exploded onto the world’s stage when Google announced it had achieved ‘quantum supremacy,’ meaning its quantum computer had solved a problem that no computer on Earth could accomplish. It didn’t matter that the answer wasn’t particularly useful – many consider it the Kitty Hawk or Sputnik moment of the quantum computing age.

HKA and QCR had too many synergies to ignore. Fast forward to today, where HKA is using its expertise in technology PR to help promote QCR as well as Doug himself as a trusted industry authority.