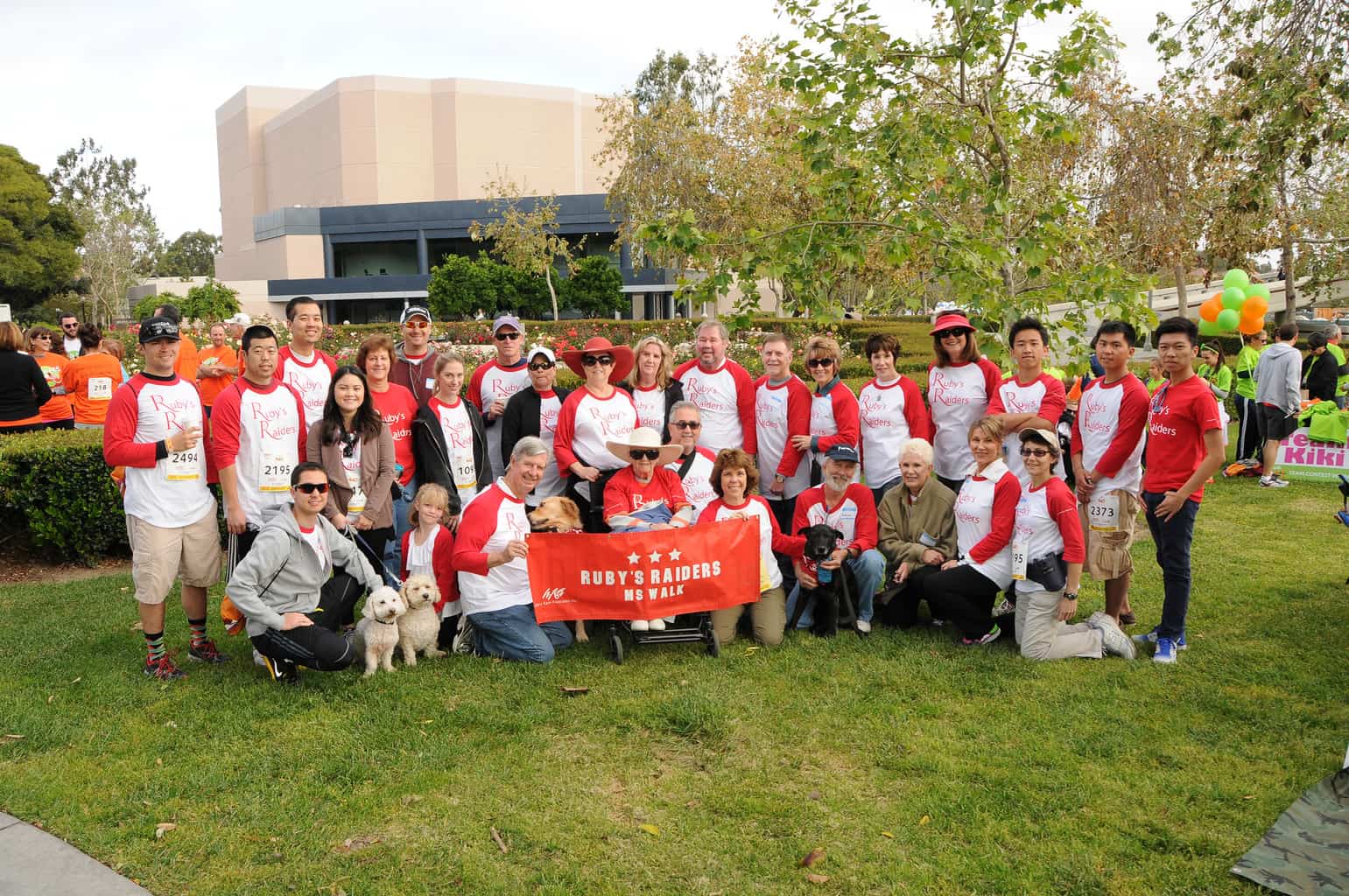 The tortoise and the hare is a well-known Aesop’s Fable. The boastful hare leaves the starting line in a blinding flash, destined to cross the finish line way before the painfully slow tortoise.

But does he? Of course not! The foolish, over-confident hare stops to nap en route and when he awakens, discovers the plodding tortoise has won the race. This was one of my favorite childhood stories (perhaps I identified with the tortoise as a child).

As I sat down to write something, once again, about my Ruby’s Raiders team that fundraises for the MS Society, I flashed on this childhood fable.

When it comes to fundraising, I consider myself the tortoise. Just like the tortoise, I make slow but good progress and eventually get the job done – often ahead of those who start at warp speed. I’m consistent and persistent. Tortoises are reliable; hares, well, not so much.

Let’s look back. My first MS Walk in Orange County, in 1999, turned out to be the year before my mom, Ruby, died, having suffered with severe Multiple Sclerosis for more than two decades. I walked with my husband, just the two of us. Later that day, we visited mom and showed her our MS T-shirts and the little medals given as we crossed the finish line. She smiled. We raised just $100 that year.

The next year, we did it again. This time we fielded a small team, mostly co-workers, and called ourselves Ruby’s Raiders. Mom would have liked that name. We raised a little more, about $2,000. Compared to the big teams, our fundraising was like the tortoise.

I won’t go through our progress, year by year, but this year, 2016, Ruby’s Raiders walked for its 17th year. I don’t know our final tally (I don’t think we quite reached our $7,500 goal), but it doesn’t really matter. We are still tortoise-like in comparison to the big teams. But we keep moving forward. We keep coming back. We keep raising money to help the mission of finding a cure – and meanwhile, helping patients and families. And every dollar counts.

Over the years, we have raised more than $100,000 for the MS society. That’s a number I’m proud of. Perhaps it’s obvious that longevity is a trait I value, considering it is HKA’s 31st year in business. Our Ruby’s Raiders’ numbers have added up like the tortoise adds steps, a little bit every year. Each year and every team has been different, but each has been rewarding and cherished. And so, I continue on the same path, one small step in front of the other.